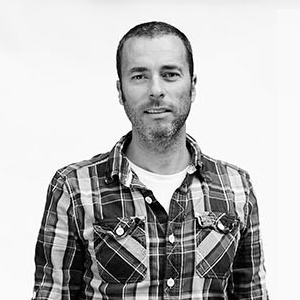 He remains faithful  to his home environment, but, at the same time, follows his longing for foreign places and the many contrasts of life

// 2018
Was an important year: the book „Lost in Tango“ was finally published and, in order  to concentrate more on the essentials of his work in the future, Philipp Hympendahl reorientated his activities, quitting his commercial work as far as possible in able to fully focus on his artwork.

// 2017
On the 18th of May 2017 the exhibition „Mythos Tour de France“ was opened. Philipp Hympendahl exhibited his work along with famous international photographers, such as  Gursky and some Magnum photographers.

// 2016
Work on his panorama cycling project is in progress. The German edition of his cycling book is published.

// 2015
Work on the second German edition of his book „BEYOND THE FINISH LINE“.
Photographing in Buenos Aires for „Lost in Tango".
Work for the English cycling magazine „Rouleur".
Training and qualification for Paris-Brest-Paris, later in August participation in the long distance race

// 2014
Production of the book: "BEYOND THE FINISH LINE" and photographing the art series „Orkan Edition".

// 2012-2013
Testing and developing the technique of the panoramic cycling photos at numerous races. Start of the long term cycling photo-project.

// 2011
Hympendahl presents the biggest panorama photo on the art show in Düsseldorf. The 9m wide artwork, laminated in three pieces is exhibited hanging in the Düsseldorf Town Hall since then.

// 2010
Hympendahl & Galla prepare  the 360° panorama photograph of Düsseldorf working from a crane. The final picture was later assembled from 100 single pictures.

// 2009
Exhibition in the „Medienhafen" Gallery in Bremen.

// 2003
Exhibition in the townhall in Palma de Mallorca

// 2001
Working as an industrial photographer and journalist. Personal projects with a large format camera in portrait and landscape photography.

// 2000
Exhibition in the Düsseldorf „Stadtmuseum“ with panorma photos of the city.